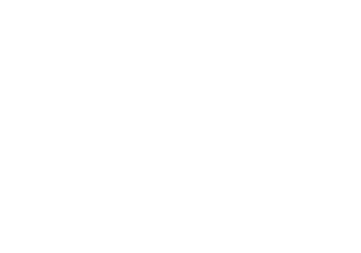 Payday Loan Borrowers and the CFPB

A couple of months back, the Consumer Financial Protection Bureau or CFPB has been making new regulations that can effectively put a stop to payday loan companies. Some members of the congress were against it but there is huge opposition against them. What this means is that there are a lot of people who view payday loans as something detrimental to society and the economy. However, the argument is problematic as payday loan borrowers are also divided with how they feel about this.

On one hand, there are advocacy groups that are looking out for borrowers and their rights. They believe that the entire payday loan industry is out to prey on unknowing borrowers. They campaign that these companies are nothing more than vicious predators and it is in the best interest of people to do absolutely anything aside from get payday loans.

On the other hand, people who have used or rely on said loans believe that it is an unfair accusation especially since there are plenty of people and small businesses who rely on these companies for loans as most banks won’t bother with them. They either lack the credential or the amount they are looking to borrow is too small. They believe that these payday lenders actually allow a huge portion of the market to survive with circulating capital.

With beliefs divided, the average borrower gets confused whether or not do borrow from payday companies. Of course, all of this worrying is moot if the new rules and regulations of the CFPB takes effect and effectively kills the industry. However, as a consumer, it is in the best interest of the borrower to at least know the pros and cons of each side and decide for themselves whether or not they believe it is a waste of time or not.

In most cases, a lot of people really do fall into huge debt because of payday loans. It might not look like it but this kind of loan has a very big interest rate. It isn’t noticeable since the money turnover is quite fast. However, if you fail to pay on time, a new interest rate is put on top of the remaining sum and the loan is rolled over. This is where the cost snowballs since the borrower is now effectively paying for a second loan that they were never able to use. This means that they are paying a whole lot more than what they got

However, for emergencies that require immediate payment, this is also the quickest and best solution. Banks often require a lot of paper works and a long time before getting approved. The loans amount is also a big sum and they refuse to allow smaller loans since they won’t make a profit from those. For cases like these, payday loans aren’t just the best solutions since they are technically the only solution available to the person.

Regardless of whether or not the state of the payday industry will change anytime soon, borrowers should know their rights so as not to fall prey to shady lenders but they must also not dismiss that there are definitely a lot of people that are helped by such loans.

Share ...
Other Loan Alternatives That You Can Avail Of Aside From Payday Loans
How to Deal with Financial Emergencies: With Quick Payday Loans

Get matched with a qualified lender today!

Warning: Late repayments can cause you serious money problems. For help, go to moneyadviceservice.org.uk